Finally, days of speculations came to an end when Glen Mashinini, the Chairperson of the Independent Electoral Commission (IEC), officially announced the final results for the 2021 Local Government elections today (4 November 2021). He declared the elections free and fair.

In his address, Mashinini highlighted hick ups and challenges experienced by the commission including Covid-19 restrictions, bad weather and the IEC official who was allegedly found in possession of a ballot box amongst others. He apologized to the nation for these issues. He also mentioned that these elections were the most digitally advanced elections South Africa has ever had.

Steve Tshwete Local Municipality was amongst the 213 Municipalities that battled it out during these elections. Atleast ten political parties including one independent party contested to obtain seats in Council and Ward representation.

The results are as follows: 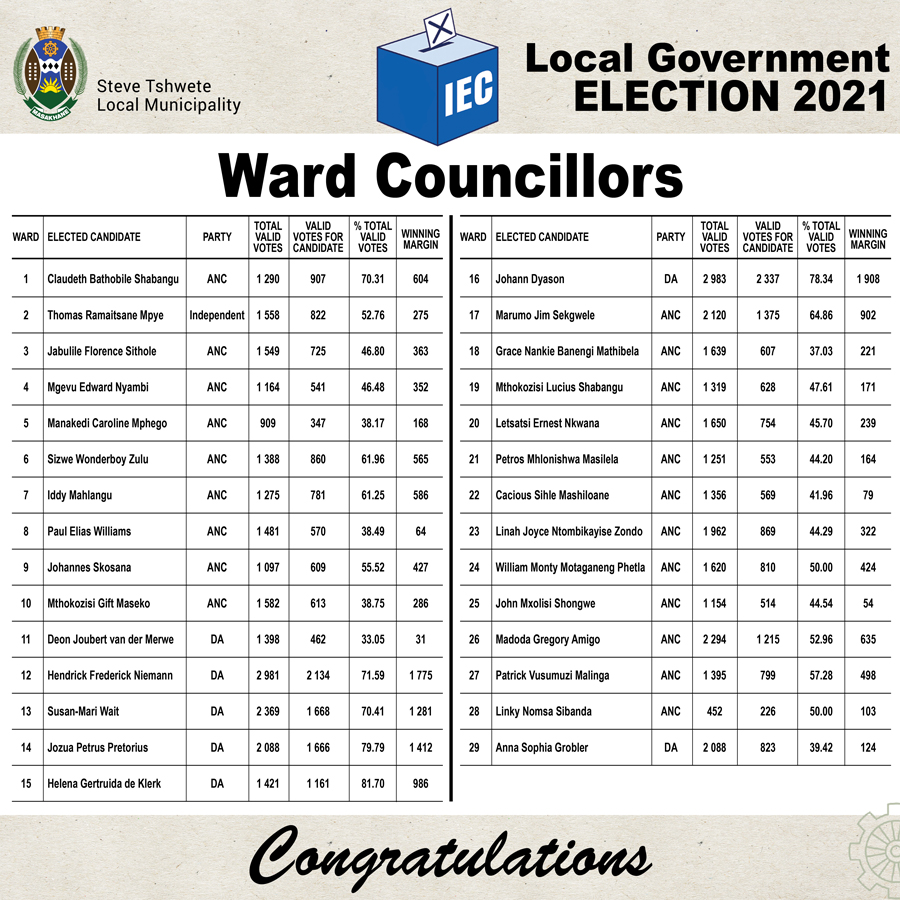 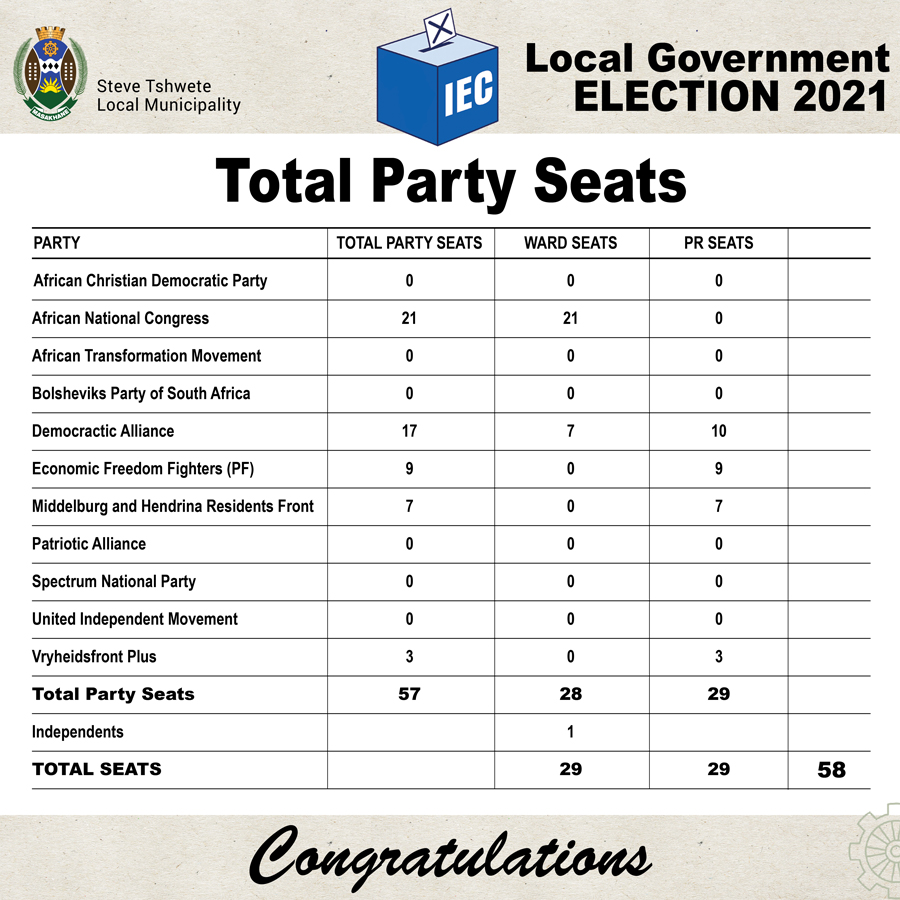